REDMOND, OR - The City of Redmond announced today that Devin Lewis has accepted a conditional offer to serve as the Redmond Police Department’s next Captain.  Lewis replaces Brian McNaughton who served in the position for the past 10 years and retired last month.

The role of the Captain is to work hand-in-hand with the Chief of Police and provide general oversight and management of all department operations with the assistance of four lieutenants assigned throughout three divisions.  Captain Lewis is now presented with the opportunity to develop programs that further the vision and mission of the department, coach and mentor employees, strategically deploy police resources based on crime data, grow partnerships to improve community services, build upon the employee wellness program and help shape the future of the Department.

“Devin is the right person at the right time for the Redmond PD.  He has a great reputation among Central Oregon’s law enforcement community and brings leadership skills that reflect the department’s culture,” stated Redmond Police Chief Dave Tarbet.

Lewis began his career with the Washington County Sheriff’s Office as an Explorer in 1994.  He became a Deputy with Deschutes County in 1999.  In 2004, he joined the Bend Police Department; rising to the rank of Lieutenant in 2018.  His notable assignments include leading the Central Oregon Emergency Response Team (including SWAT); managing officer and detective training programs; leading Internal Affairs investigations; leading the Bend Investigations Unit; and other responsibilities which have prepared him for the Captain’s position.

“This is an incredible opportunity to join some of the hardest working Police Officers in the state and be a part of the progressive and innovative culture established by Chief Tarbet,” states Devin Lewis.  “I am honored to have been selected.”

Lewis, a graduate of Washington State University, has lived in Central Oregon for more than 20 years.  He was most recently employed as a Lieutenant with the Bend Police Department.  His first day will be September 23, 2019. 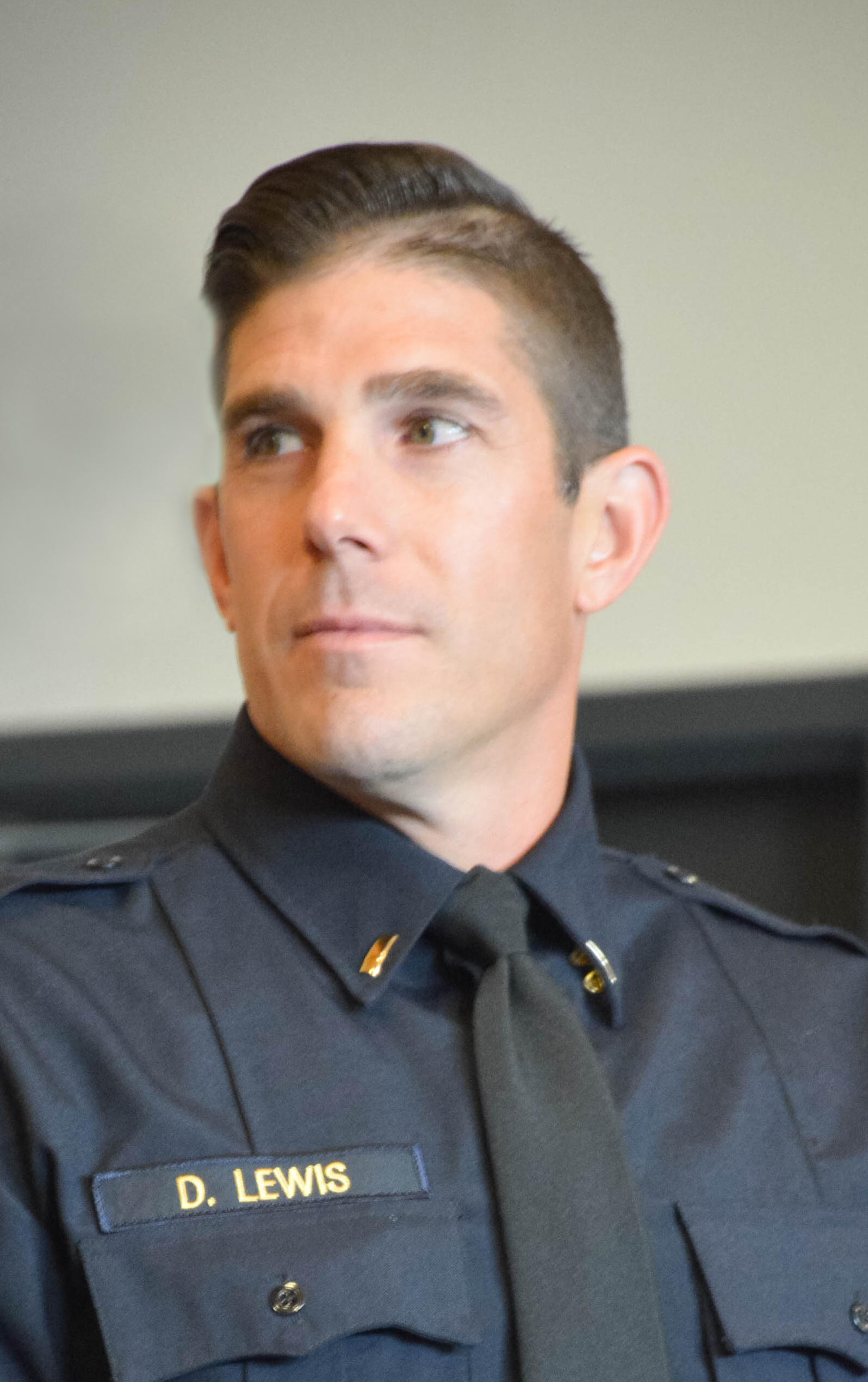