Since the creation of the Downtown District in 1995 through City Ordinance No. 95-32, the City of Redmond has engaged in various projects within the District in order to make Redmond’s core more functional and appealing.

For more information, please call (541) 923-7721 and ask to be directed to the Urban Renewal Division of the Community Development Department.  We are located on the second floor of Redmond City Hall, 411 SW 9th Street. 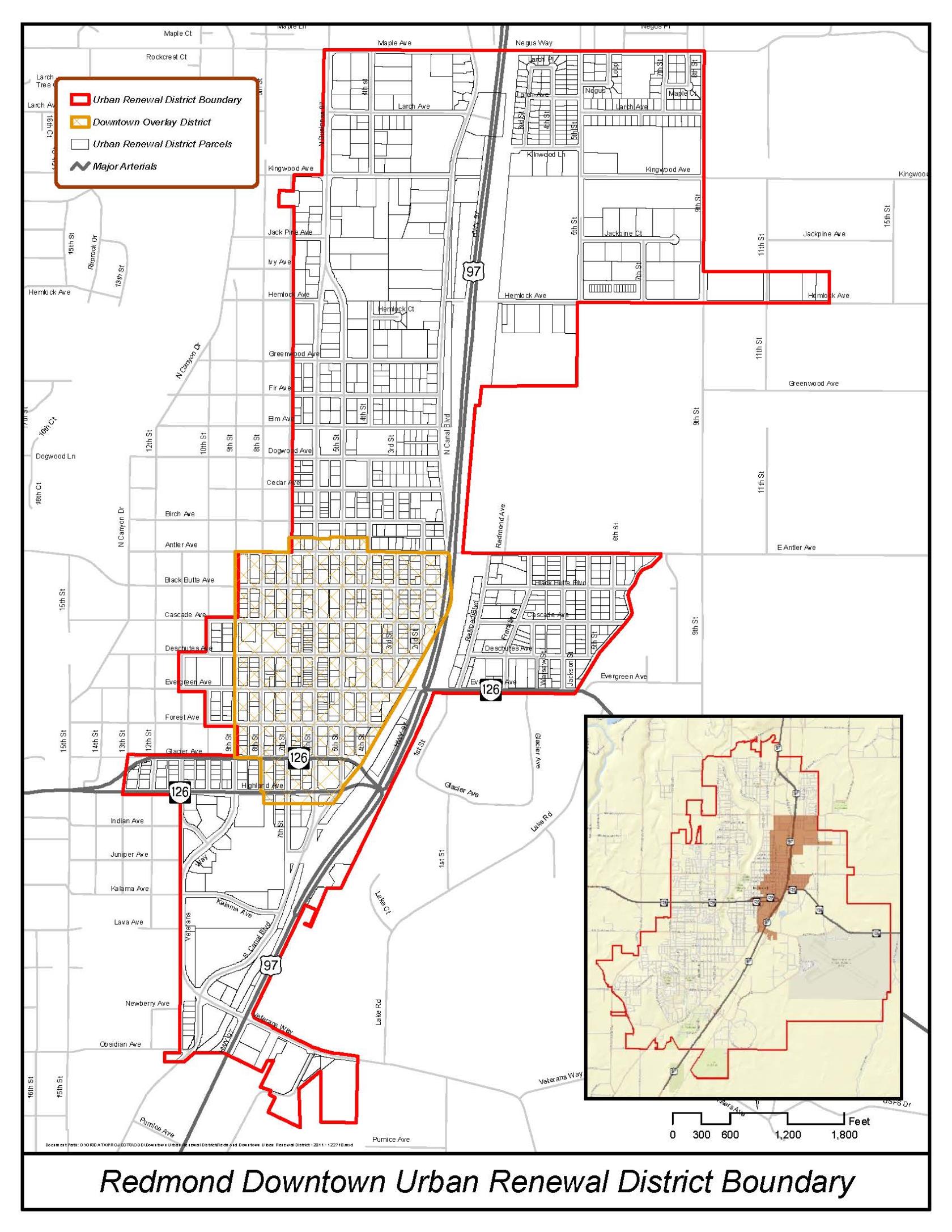