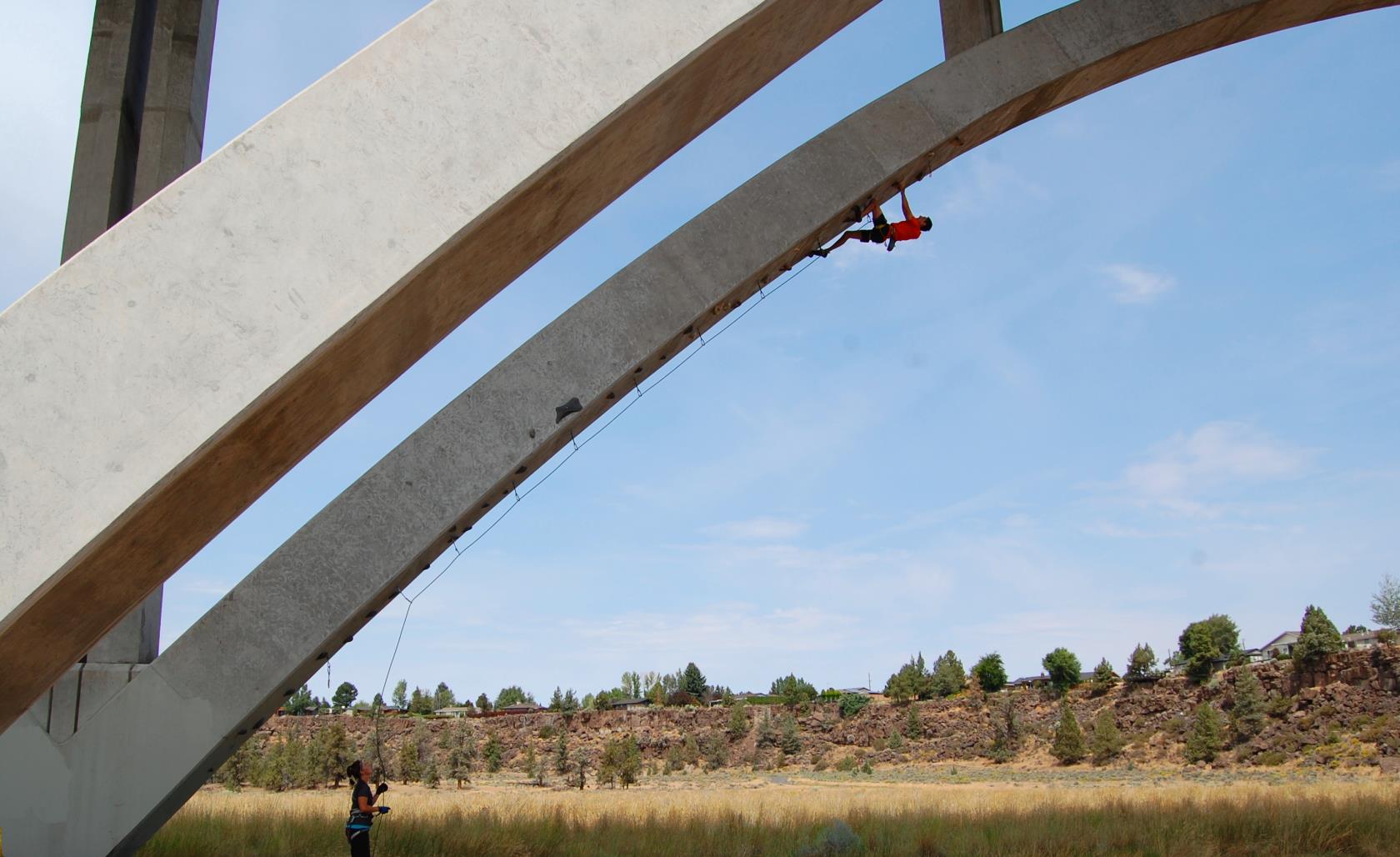 Maple Avenue Bridge is a 70 foot tall and 780 foot long concrete bridge located in the Dry Canyon Park of Redmond.

A local climber, Ian Caldwell, approached the City of Redmond about creating a climbing opportunity on Maple Ave Bridge in May 2014.  The City embraced the idea and began researching the feasibility of installing climbing routes underneath the arches of the bridge.  First the City confirmed with the bridge engineer regarding the structural safety and then began discussions about liability and user safety.

The project has been primarily a grass roots, climber led project with the City working in conjunction to insure all the necessary requirements are met.  The idea of the project quickly spread and local businesses and climbers offered support. Entre Prises and Metolius, climbing hold companies based in Bend, helping to donate the first set of climbing holds.  The initial climbing route will be fully climber funded.  The project builds on a goal of the City of Redmond to tie into Smith Rock, a theme that is incorporated into the renovation of Sam Johnson playground.

For more information about the climbing visit http://www.climbmaplebridge.com/

The city of Redmond is considering opening a recreational attraction that may be one-of-a-kind in the world of recreational rock climbing: a challenging climbing route under the arches of a bridge. See story:
Climbing route on Redmond bridge considered.

Central Oregon’s reputation as a sport climbing paradise is about to get even better. See story:
Redmond climbing wall rising soon 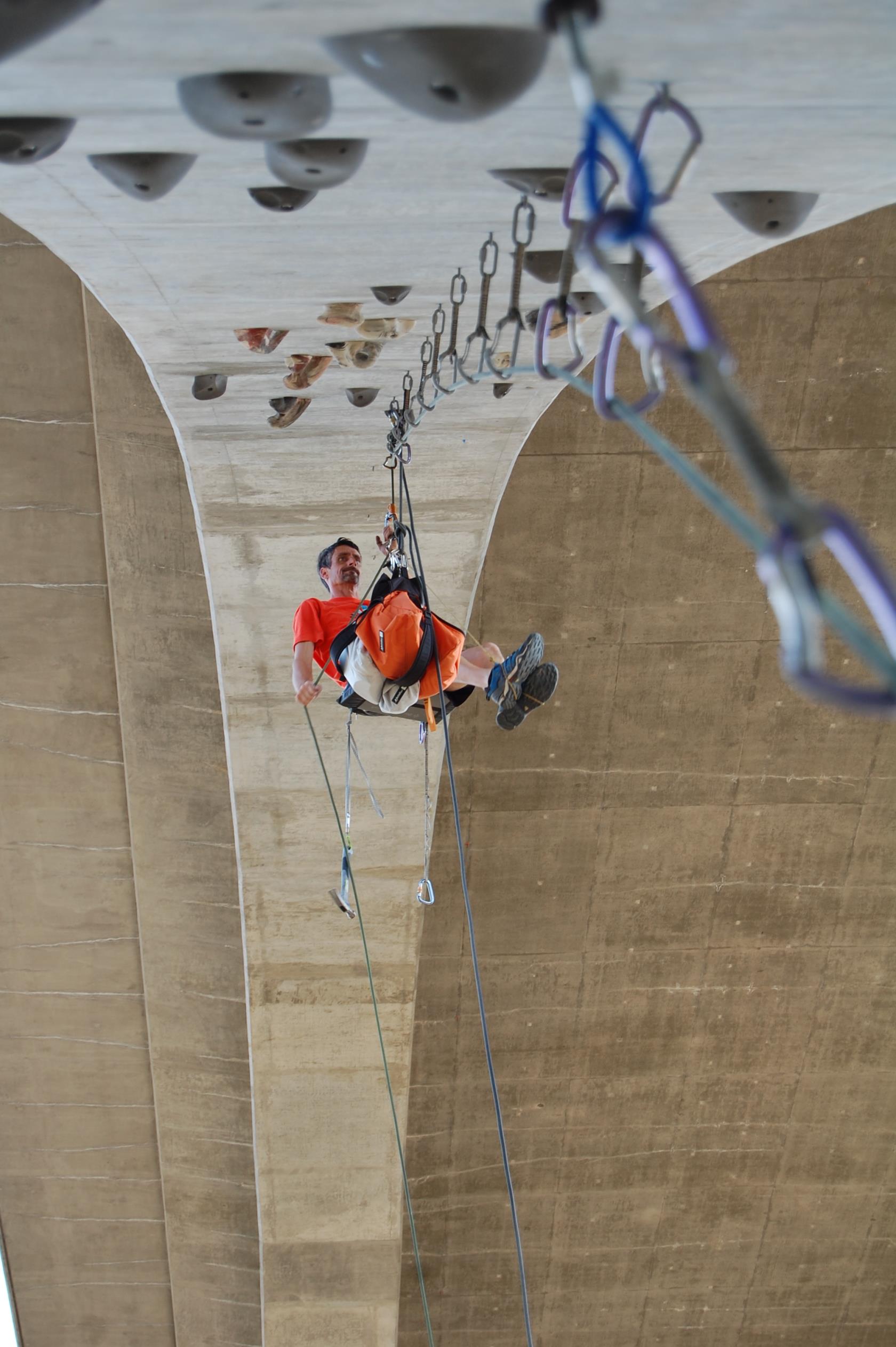